Skip to content
Home/Spiritual/A Journey Into Purpose
Previous Next

A Journey Into Purpose 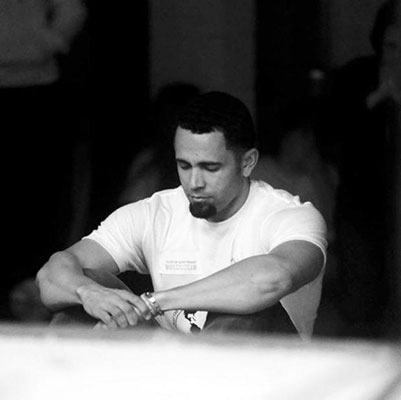 Dustin is the founder, heart and soul behind GMSD Ministries. His passion and love for Christ becomes a tangible thing when he speaks about the love of his heavenly Father that revealed Himself to Dustin at a very young age. This sort of revelation would eventually be shed as a recurring event. It was not immediately noticed by Dustin; however, it was something he would find in hindsight that Christ was always near him. The unknown need he had for such a thing would become abundantly clear.

Dustin’s testimony begins with his conception. His mother was raped. Raised with the fiercely powerful love of a single mother and family, he feels that the family dynamics were so strong he did not immediately miss the lack of a father in his life.  No one, including Dustin, knew the backstory of his conception for many years, but he believes that finding that truth earlier would not have changed anything. Unknowingly, he grew up focusing on not having a father. His mother eventually remarried, and his step father stepped into a role that began to shape Dustin’s life in both good and bad ways. He credits his step father with his love for golf, and it was to be noted early on that his ability to play golf was life changing. His talent was so great that becoming a pro was a possibility. However, during this time he was introduced to a very different definition of love. His young belief of worth and respect was shot down with every swipe of his stepfather’s hand. Never having experienced this in his youth, his innocence was shattered by the hands of the only father he knew, and Dustin began to question the very definition of the man he would become.

Eventually his mother would divorce, and Dustin’s future would feel bleak without the guidance that he so craved. Angry with the injustice that he and his mother and brother endured, it is here that Dustin faced a crossroads of dealing with the aftermath of a broken family. And to add insult to injury, it was also here that Dustin began to face racism. When he began to mature at an age where boys begin to turn into the men they are becoming, he struggled the most with his identity. Things that no one talked to him about like his clothes, his hair, the way he spoke, and every choice he made, became more pronounced off of the simple details. He wondered which race would win. In a time when drugs, sex, alcohol were prevalent and available, Dustin recalls feeling set apart from every emotion that he had every right to feel. It was during this time that he encountered another divine intervention; this came in the form of his religion teacher, Reba Broussard and Coach Markeith Brown. They provided an encouraging avenue to search for his identity. Dustin fully believes that it was this particular empowerment that is vital for the leadership of our youth. As Pope Paul VI states, “Modern man listens more to witness than teachers and if he listens to a teacher it was because he was first a witness.” This is more important than ever due to the experiences our youth encounter at a much younger age. It is equally important that men bring back the sacredness and dignity of fatherhood. That if we hope to hold that position the preparation needs to begin now. Coach Brown asked the big question to Dustin, “Who are you?” and that changed the trajectory of his path to a more positive place.

Knowing full well that your thoughts control much, he became focused on becoming his best self. After graduation he attended McNeese University and graduated with a degree in psychology and a minor in criminal justice. He continued to play golf as often as possible, and his future seemed bright. However, obstacles do not discriminate, and Dustin found himself facing health issues. When he was born, he had a medical condition that confined him to the hospital at least 10 times in his first two years of life. It was developed that one of the holes in his heart required surgery, and he began to pray over the timing. Coming to the conclusion that he was probably in the best shape of his life, he opted to prepare for surgery. In doing so and hearing of the complications and the possibility of death, he came face to face with deep suppressed emotions. Such a life changing choice could’ve been chalked up to only fears of the impending surgery; however, Dustin allowed himself to ask the big question that had remained dormant but that always loomed over him. He says he will never forget the moment that he asked his mother who his biological father was and of how his heart broke for her as she shared the details of his conception. Wrought with pain, anger, confusion and shock, Dustin once again found himself in dangerous territory. Then an overwhelming feeling of awe came over him as he realized that his mother chose life when she could have so easily chosen to have an abortion. Knowing she would become a single parent and adding to that the daunting task of raising a bi-racial child is one of the reasons why he believes his mother is the strongest women that he knows. 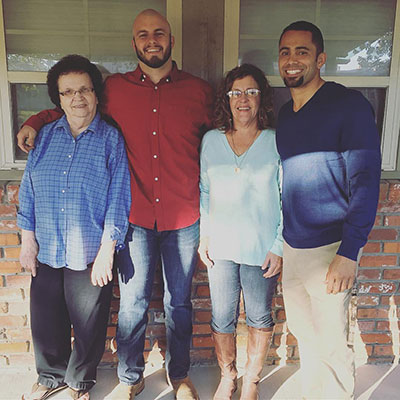 This in particular, incited him to ponder the legacy he would want to leave; coming full circle to the question posed to him all of those years ago, “Who am I?” Once again, his faith played a crucial part in the formation of his inner man; his soul, his presence, his very being.  Choosing not to identify with the unplanned, unboxed, untraditional, he instead opted to use his journey as a testament that the circumstances of conception and a person’s childhood environment does not have to dictate a future. It is not the deciding factor of who you will become. Some leaders are born of the most unfair circumstances. Dustin hopes that his legacy rings true to that. He was a man that met others where they were at, but loved them too much to keep them there. God provides this for us. He believes it should be passed down and biblical principles should be used to raise men, women and children to the best versions of themselves. In his search for his calling, he considered joining the priesthood, but he knew that his heart was to be married and to evangelize God’s love, mercy and healing.

GMSDM was put on his heart, and he didn’t hesitate to move forward with his endeavor. In addition to his degrees, the possibilities of a professional career, and the call to discernment, it is with GMSDM that Dustin’s heart lies fully. Once you meet him and hear his testimony, it’s easy to understand why you do not forget the introduction. His charisma is unique and he is open and honest in a way that brings his passion to every place he goes.

His is a continual journey into purpose has led Dustin to becoming a pro-life advocate, an evangelist, a youth minister, a social media influencer,  and a leader of the Advisory Board Catechetical. He is also adding author to this list with the book  “The First 30.” The book will be released on 9/28.t He would like to invite each of you to check out his upcoming endeavor, Love United, to be held on September 28 at Parc International in Lafayette, La. Check out his website at www.godmadeselfdriven.org